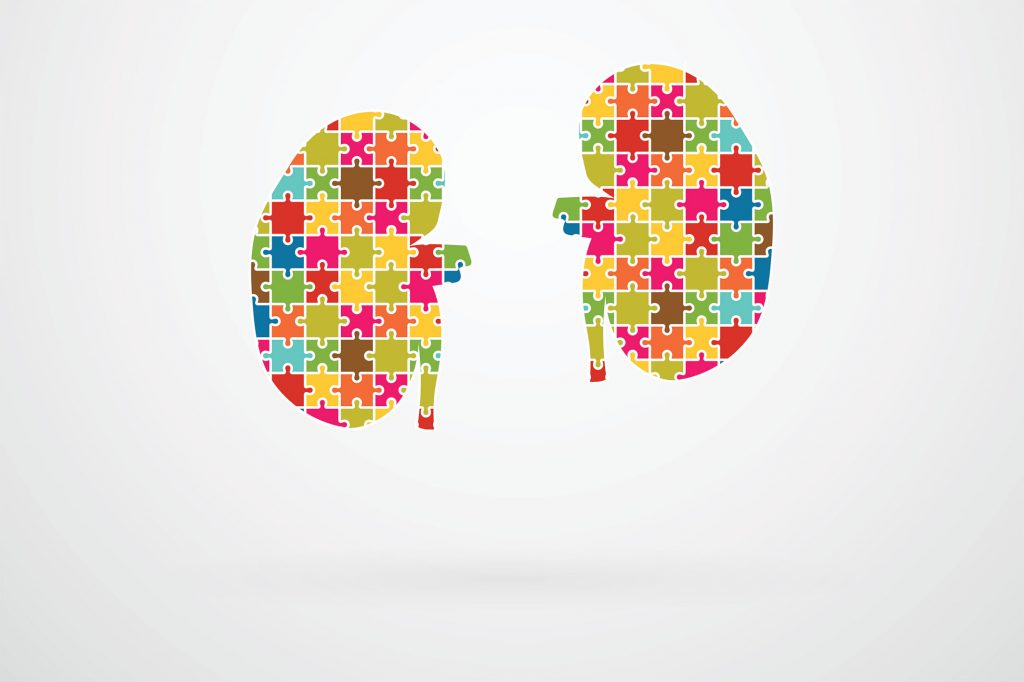 The types of symptoms that kidney cancer may cause at an advanced stage include:

There are no obvious risk factors for kidney cancer, although some genetic diseases are associated with multiple and recurrent kidney tumours.

Diagnosis of kidney cancer is generally confirmed by the appearance on a CT scan. Smaller tumours may may sometimes be benign. A biopsy may be required to distinguish cancerous from noncancerous growths. Noncancerous growths, such as Oncocytomas, can be monitored rather than removed.

The treatment for kidney cancer is surgical removal, a radical nephrectomy. This involves the removal of the entire kidney, surrounding fatty tissue and any adjacent lymph nodes. If the tumour is small and confined to the kidney, the cure rate with surgery alone is >90%.